Add a photo Write a review
EDIT TEXT
Castorama is one of the largest DIY  retail chains in Poland that sell products for construction, renovation, furnishing the house, cultivate the garden. Castorama has a policy of selling in one place everything you need for your home. At the moment in Poland, there are about 69 stores. Castorama is owned by Kingfisher, which also owns chain stores Brico Dépôt.


The beginning of Castorama is considered to be the year 1969, in which Christian Dubois founded the first English near Lille in France, large area (5000 m2) shop with DIY. The rapid growth of the network made twenty years later Castorama in France had 80 stores. Also began expansion abroad - in 1988 was the first shop in Italy. The first store in Poland was opened in the 1997 year.  In the year 1998 as a result of an agreement with the English network, B & Q, Castorama has become the third largest global distributor of DIY. Currently, Castorama is presented on the British, French, Polish, Chinese, Spanish, Turkish and Russian market. It manages more than 800 stores in 11 countries in Europe and Asia.
Castorama Poland: in 1994, the Polish arrived founder - Claude Acquart, which together with the team of pioneers began work on market analysis and selection of the first location. Company Castorama Poland recorded in winter 1994 year. The first Castorama was opened in Warsaw.
MALL STORE LOCATIONS: 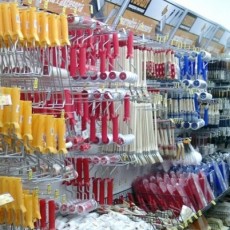 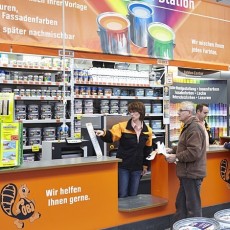 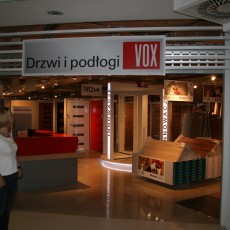